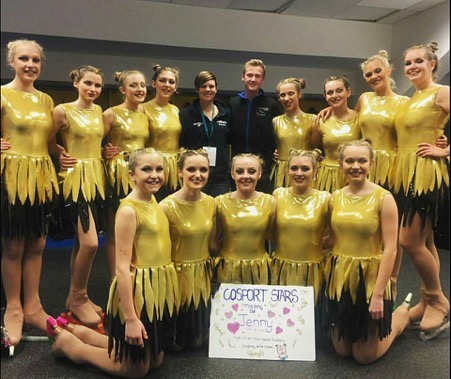 Gosport Ice Skating Club supports 3 Synchronised Skating Teams; Gazers, Shooting Stars and Allstars.  Each team is currently made up of 12-16 skaters plus alternates, ranging in age from 9 to 25.

All teams compete at national level against teams from all over the UK (as well as some guest teams from other countries), including the British Championship!

For a synchronised team to flow in unison, individual skaters must be competent in a variety of skating skills, including speed, footwork and ice presence. The team performs a program set to music, with required formations including circles, lines, blocks, wheels, and intersections. The teams are required to perform step sequences involving a number of various turns such as twizzles, counters and rockers and simpler turns like three-turns, mohawks and choctaws.

Gosport Stars practise on-ice on Saturday mornings between 5.45am and 8am.

This tuition consists of improving and advancing field moves as well as rehearsing programs to a competition standard. The teams also rehearse off-ice every Tuesday from 6pm to 7pm to build fitness, improve stamina and foster team spirit.

Here the Gosport Allstars celebrate an excellent performance at the 2018 British Synchronised Skating Championships in Nottingham. 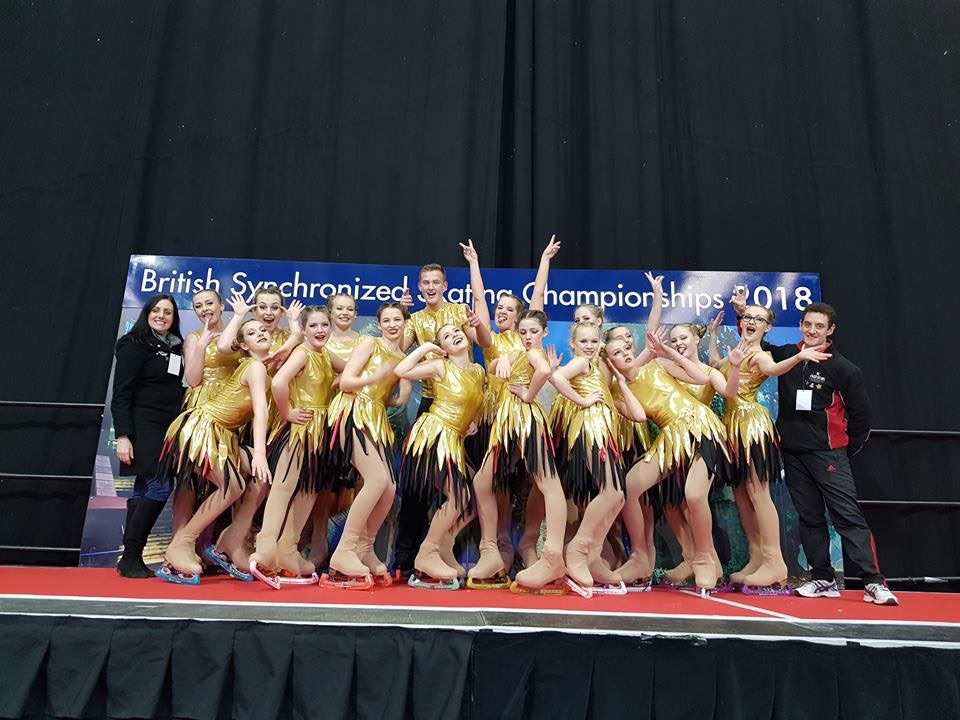 To see their performance at the 2019 Scottish Championships please click the following link.

Here is their performance at the 2015 Scottish Championship.

Here are the Shooting Stars at the 2019 Scottish Championships. 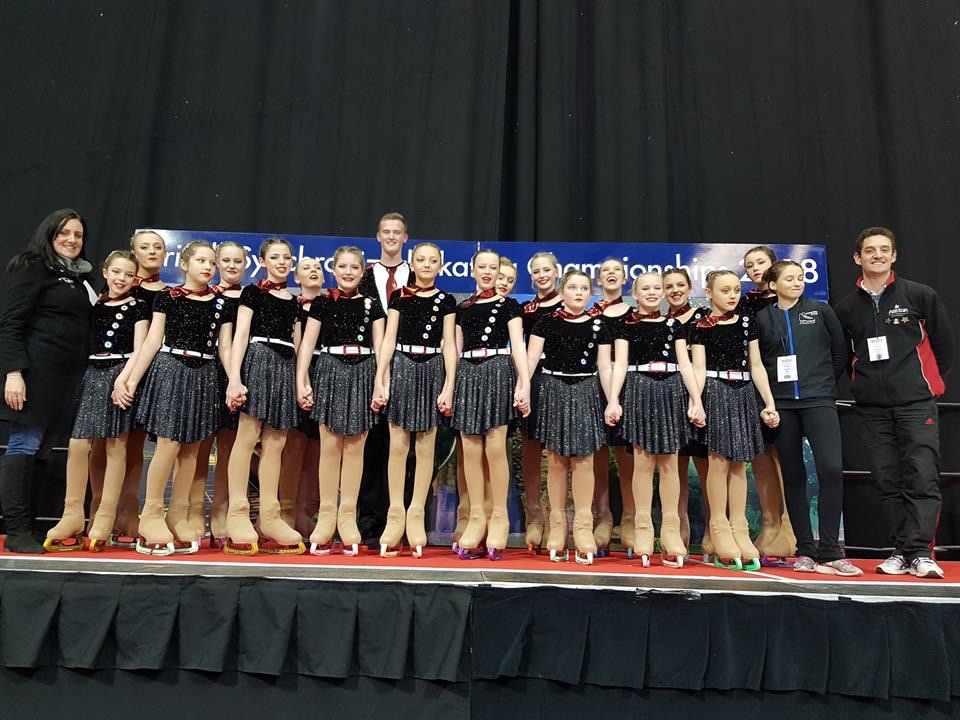